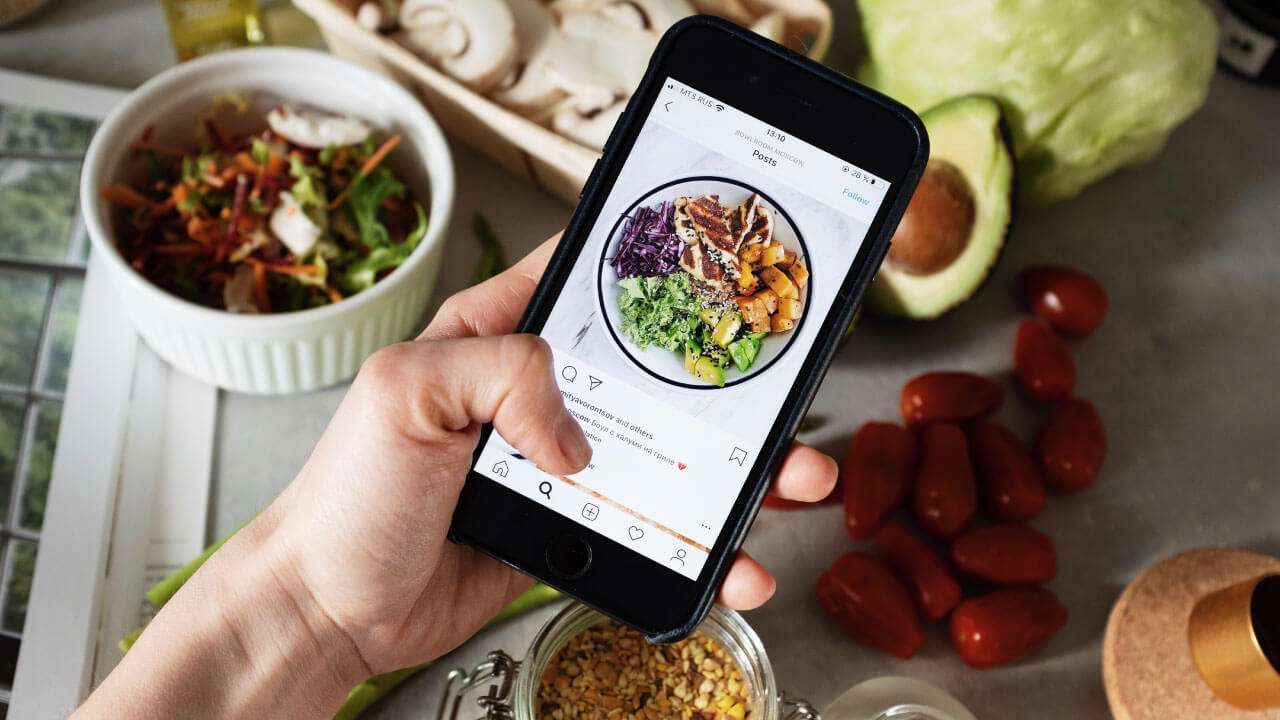 Did you know you don't need 100,000 or more followers to be considered an influencer on Instagram? The so-called micro influencers are not only the little siblings of the big influencers, they actually have real influence and are often booked for collaborations. That means, you can already with a few followers Products or small amounts of money earn. Here you can learn everything about the Micro Influencer.

Influencers haven't just existed since Instagram came into existence. Because influence means influence. Thus are Influencer the people who have an effect on a group that can lead to action. So politicians, pop stars or even the coolest guy in school are theoretically influencers.

But, of course, we use the term primarily for a more recent phenomenon: people who are through social media have only gained their great influence. The fact that we are talking about influencers (since about the beginning of the 2000s) is mainly due to the marketing industry.

This is because it defines influencers as people who can promote products and services through their strong presence on social media. Thus form they are an alternative to classic advertising , where a general ad is placed (television, radio, print) where customers must trust the brand. With Advertising figures (pop stars, footballers, actors) has long been tried to use the trust to a person instead. Social media finally made it possible for virtually anyone to develop influence - no prior career needed. The age of the influencer was dawning.

Who is considered a micro influencer?

There is no set definition for who is considered a micro influencer and who is not. This is because the term is not protected and there are actually also strong industry differences. 10,000 followers for a general fitness account are less important for marketing issues than an account with 5,000 followers , which acts as a food blog for a specific city. Who serves a trend topic with his account (2020 for example: COVID masks DIY), needs fewer fans than someone in a competitive industry like cooking or dieting.

Furthermore, the stronger growth of user numbers on Instagram also means that five years ago someone with 1,000 followers could be considered a micro-influencer, but today they can't make such big leaps. There are simply too many accounts with thousands of followers.

Why are micro influencers interesting?

You've probably seen lists of the top five, ten, or twenty most-following accounts ( Cristiano Ronaldo has over 250 million fans on Instagram ) or even follow people who have so many followers that you don't feel like you're particularly important.

For cooperation requests, this has two disadvantages: First, are the prizes for a sponsored post so incredibly high that small or medium-sized companies could never afford it. Secondly, products or services are offered that have a specific target group - however, with over 1 million followers, it is no longer clear at some point who exactly will actually feel addressed. Therefore the interaction rate of large accounts is usually much lower than that of small profiles.

An Niche Account on the topic of excursion destinations in Berlin is thus just the right thing for a club or a party service. Instead of blindly hoping that a Berlin influencer will appeal to the party scene while also serving fashion, recipes, and fitness, many marketing experts therefore choose the specific path.

Thus, the biggest advantage of micro influencers compared to the big names is that they have a much higher connection with their followers. Not only do they know who follows them, they also have a fairly easy way to stay in touch with said followers. Ariana Grande, Lionel Messi, or Barack Obama don't bother to discuss in the comments or reply to every personal message after all. Micro influencers can do that, however, and thus remain close and build in a Relationship of trust on.

The Credibility of top influencers is not on the same level as someone who shares the same hobby, lives in the same city or with whom you can still write personally. Companies take advantage of this and target exactly those who are considered experts with high credibility. Because when this person recommends something, followers assume that they are not simply the target of a Advertising campaign have been. They trust the person and are more willing to spend money.

Ultimately, it is of course also the case that micro influencers often do not know that they are already interesting with a few thousand followers. They are all the more grateful when a (suitable) company approaches them. All in all, influencer marketing is now so overwhelmingly important in the Advertising industry that it's all the more beautiful when Cooperations feel personal after all.

How can you become a micro influencer?

Maybe you want to become a micro influencer yourself, or maybe you're just interested in what happens behind the scenes on Instagram. In any case, you can check out the following five tips that tell you what someone can do to become an interesting micro influencer.

Tip 1 for Micro Influencers: carve out a niche

Micro influencers need a niche to be really interesting for collaborations and followers. If you post a photo of yourself at the beach, then at yoga and again at a soccer game, you might get more followers, but no one knows exactly what the profile stands for. Thus, someone can have the corresponding number of followers and reach without really being an influencer, because the person is not known as an influencer. Expert or confidant applies.

You should therefore think carefully about what your profile should be about. Of course, this can also be a combination of interests: Are you a fashion enthusiast and do you love football? You could analyze jerseys of Bundesliga players or evaluate how footballers dress outside the stadium. Or you love plants and gardens and live in a big city - use your account to show where in the city you can find great green spaces and at the same time where people are most likely to find the right products for plant and garden care. You can be as creative as you like, but it will help you if you know, whom you wish to reach .

Black hat techniques are always problematic, but for micro influencers they are actually pure poison. In case you don't know what's behind it yet: Black Hat Techniques (or tactics) describe shortcuts on the way to more reach. For example, followers are bought or comments are published by bots.

Not only does this risk getting your account banned completely, but you would also be accomplishing the exact opposite of what you set out to do: build a relationship of trust with the people who follow you.

Tip 3 for Micro Influencers: Create a close bond with your followers

Credibility is incredibly important for you. You won't get it if you don't make the effort to stay in touch with the people who are in your niche. Only very few big names still answer questions about recipes, fitness exercises or places of interest.

Do it differently and show your fans, that you always have an open ear . It would be even better if you regularly used the full range of functions of the app - livestreams (or since recently also Live Groups ) are a good way to introduce yourself and stay approachable.

The standard tip for anyone looking to gain followers is and always will be: Regularity . If you only open the app every few days and take a photo here and there, that's fine, but you can't expect potential followers to find you on their own.

The Attention span on Instagram is very, very short. If you can't make people remember you, they'll find other profiles that are more available. Whether you post seven days a week or only three times a week isn't incredibly important - what's important is that you're reliable and your fans know what to expect.

Tip 5 for Micro Influencers: Collaborations with other accounts

If you want to establish yourself as an expert and trusted figure in your niche, you can't just do your own thing. Influencers with 500,000 or more followers may be able to afford to only post what they want or not communicate with others at all, but that's not the goal of Micro Influencers.

Therefore, you should not only interact with your followers, but with other people who operate similar profiles as you. This way, you not only show yourself to other people who can follow you, you will most likely learn something about your hobby or your passion. And you'll meet new people with similar interests. So don't be afraid to write to someone who's from your area or loves the same things you do. Maybe you can create a few pictures and videos together or via livestream talk about your niche. Either way, you're showing that your account is ready for more!